According to 616 Real Estate Agent Stephanie Langeland, “You Can Have Fun and Love What You Do!”

Falling into the role

And, as it happens with so many other agents, she kind of fell into the role and hasn’t stopped having fun since. “I ended up quitting my job and going to work with my cousin, Bill. Eventually, Bill told me about a gal who was looking for a house, and he asked me to help her. I was hesitant because I had no idea what I was doing but I agreed anyways and we started looking at houses. It was actually really fun! I asked a man I worked with to teach me the paperwork and I actually started doing the paperwork for some of his listings and buys so I could learn it quicker. Then my paycheck came and I thought, ‘I can have this much fun and make this much money too!?’ I started doing it more and more. I was having fun and loving what I did!”

Her business grew as she became ingrained in the Coopersville community. “It happened slowly. I worked in Coopersville and I was in the Rotary Club. I loved working on fundraisers to help my community and got to know a lot of people between those events as well as simply being involved with Rotary. When they know you care, they refer you.”

Three and a half years in, Stephanie still loves and enjoys many aspects of the job. “You are essentially playing matchmaker, except it is with houses instead of guys/girls.” She adds, “I love the negotiation part, that’s my favorite. For the most part, agents are really cool and a lot of them became very good friends. I talked to the agent from my first deal after it was closed and I said, ‘Could you totally tell that this that was my first deal ever?’ He was shocked and said, ‘NO! I had no idea!’” My motto at that time was be confident even if you’re not and fake it til’ you make it!

But selling real estate and making deals for buyers isn’t as far of a stretch as one might imagine. “I have always liked sales. I almost always tend to figure out how to get something I’m after and most of the time it is for someone else. I really like helping others.”

Stephanie will fight for you

She is also a fighter who doesn’t mind a challenge. “If you need something, I will go get it.” Stephanie admits she doesn’t take no for an answer. In fact, when someone tells her no, it just makes her try harder. “I have a strong personality. I like winning. I know a lot of agents will try to get the most money out of something, and that is fine, but my way of thinking is I need to get the best deal out of this for my client and they like that. You have to maintain your integrity, which is far more important than the money to me.” Langeland adds, “I am a fighter, I am a Leo. I’m not going to lay down. I won’t let people walk on me or my clients. I love it when they think I am a dumb blond, that’s my favorite! I like to play along for a bit and act surprised when I actually ‘make sense’ and shut them down in a conversation. They usually learn pretty quickly that it was a mistake to assume that.”

Stephanie also likes to fight for those veterans who fought for her. “I wasn’t even a year into it, when a friend, who I have known forever, said, ‘Me and my boyfriend are looking at three houses, do you want to show them to us? I said “Heck yea!” Her boyfriend was an Army Veteran, and I have a special place in my heart for them so I couldn’t wait to help. My Dad is a Navy Veteran and I love working with people who serve. We only made it to one of the houses of the 3 they mentioned. It was such a great house and I was so excited that I went around pointing out all the cool features and everything I loved about it, that by the end of the showing he was as excited about this house as I was and called a VA Loan Officer and got pre approved so he could submit an offer!” Now Stephanie has a lot of VA loans under her belt and loves helping Veterans’ dreams come true. “There are a lot of different aspects to a VA loan and they have changed a lot from what they were previously. I had taken a boot camp class and a couple other classes to learn more about them and how to present them as most agents like to toss them aside immediately because they are not up to date on the changes that make them more valuable now. I always call the other agents ahead of time and let them know exactly what I am sending over and explain the offer and the pers of it. I don’t always get them but I think I have a pretty decent success rate with them!”

Stephanie feels like if anyone deserves the help and the best of the best customer service, it is a Veteran. “These people, many went to war to make life better for all of us. I am super patriotic but I know that I couldn’t go to War and do what they do/did, I’m just not cut like that, which is why I respect them so much.. Because they do the things that I can not. I will fight like hell for them, just as they did for us, and do what it takes to get them the home they want because that’s really all I have to offer them as a “thank you” for their Service. I don’t always get it, but most of the time I do. The VA loans get tossed aside by many agents because they aren’t aware of the changes and how much easier they are now but I am trying to make them aware as I go because our Veterans deserve better than that.”

Langeland admits that VA loans aren’t the only tough aspect of real estate. “This market is challenging. It was a whole lot easier three years ago. Before we would show three to four houses, write a good offer, and the client would get the home. A year ago I was writing offers that made me literally sick to my stomach: 15k gaps, 30K over ask. I’d say, ‘you guys at least know that this house is not worth this, Right?!’ They would say ‘what do we do?’” She knew that they were right but it doesn’t make it easier, However, She continues to fight and has some good advice for new home buyers.

“Hang in there. Don’t settle. Whether the market changes or the interest rates change, don’t settle. Because once you get in there, you are going to be there for a while. Make sure you love it and can see yourself and your family there, and if you do, I will do everything I can to get you into it. If you don’t LOVE it, you will be miserable, so don’t settle simply because it’s the only thing available right now.”

“Don’t get greedy. They see their neighbors house selling for almost 50K over what it is worth… and they get excited because they think theirs will too. Be careful. Yes, I know the market is good, but find where the line of what you want starts turning into greed.”

She recalls putting in an offer for a client and after rewriting it twice because of ‘Seller requests’ and giving them everything they wanted (including an unlimited appraisal gap), the sellers thought they might get a better offer if they let the 2 showings go through that were scheduled the next day . “I purposely let that offer expire at 10pm that evening for that reason. I thought they might pull something like that so I covered our butts with the deadline. The next morning I took my clients to see another house and while we were at that house the agent texted and said if we were still on board with the offer we sent the night before they would sign immediately. They got greedy and it backfired. The sellers ended up losing 5K off of our offer and the unlimited appraisal gap that came with it because they were got greedy. If you get greedy, you’ll lose money, respect and most likely the solid offer you had the night before.”

Stephanie made her way to 616 Realty after working on the other side of the table with 616 Realty Agent Ken Murillo. “He was a good guy. We chatted about the house and then he mentioned he was a Veteran. I thanked him for his service and we got to talking about life in general like friends. He asked how long I have been doing this and I told him that this was only my second deal. I wouldn’t normally tell anyone that but I felt I could be honest with him, especially after he told me that he had only been in it a month longer than I had. I would call him at random for advice on different deals. We got to be pretty good friends and he started saying, ‘why don’t you come to 616 Realty so we can help each other all the time.’ I knew we didn’t have to work at the same brokerage to help each other but he was making it sound pretty good over there. I talked to my cousin because we are a package deal. We set up a meeting with Scot and right after the meeting we were like, ‘these are good people.’ They are a good company and we decided to make the jump and move over to 616!”

If only all of us could love what we do and be inspired to fight for it! But, the next best thing is finding an agent who will fight for your real estate dreams, and with Stephanie Langeland, you will have that as well as a good time doing it. “By the end, I will know your kids, I will know your pets and we will be friends.” If you are considering buying or selling a home, consider 616 Realty. Stephanie and the rest of the team are there for you. Contact them today. 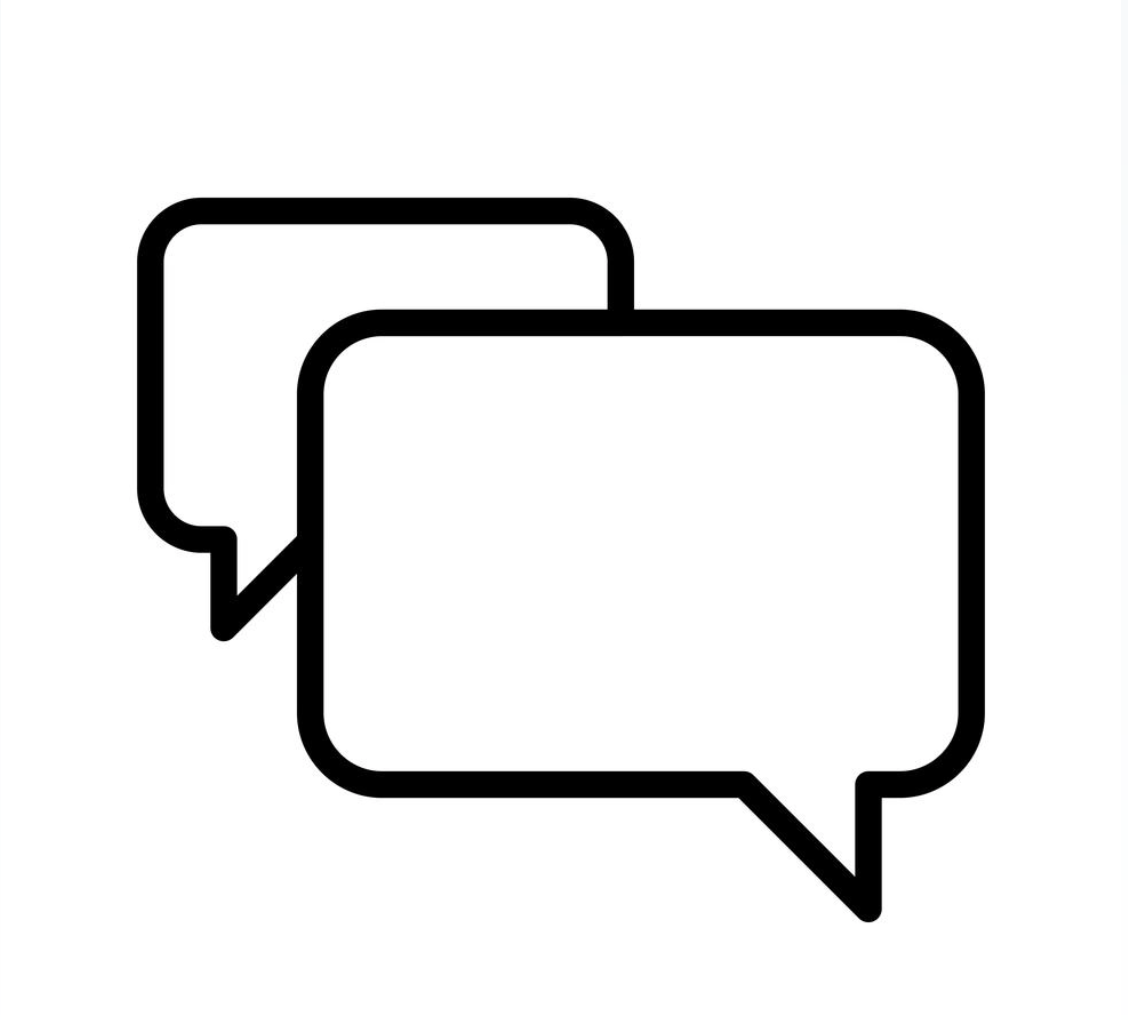